The enterprise is installed in the Pecém Industrial and Port Complex (abbreviated in Portuguese as CIPP) and has a total capacity of 720 megawatts, which is equivalent to half of Ceará State’s power generation park.

The objective of Pecém Energia thermal power plant is to meet the demand for electricity of the State, the Northeast region and the National Interconnected System (abbreviated in Portuguese as SIN).

A federal Government program, is one of the works of the Growth Acceleration Program (abbreviated in Portuguese as PAC) , which began in July 2008 and started its commercial operation in 2012. During the project, it received a total investment of R\$ 3 billion, and it was financed with R\$ 1.4 billion from the Brazilian Development Bank (abbreviated in Portuguese as BNDES) and R\$ 556 million from the Inter-American Development Bank (IDB). During this period, a total of five thousand direct jobs and 11 indirect workstations were created in the development of new technologies and businesses for the region.

The Porto do Pecém Geração de Energia S/A, also known as Pecém I, received authorization from the Brazilian Electricity Regulatory Agency (abbreviated in Portuguese as Aneel) to start the commercial operation of its first generating unit, with an installed capacity of 360 MW, on December 1st, 2012. The second generating unit already began operating commercially on May 10th, 2013.

The Pecém Energia thermal power plant has a maximum generation capacity of about 5,500 gigawatts an hour, enough to supply a city of approximately 5.6 million inhabitants.

The energy generated by the plant is transferred to the Brazilian electrical system by a transmission line, which connects to the Basic Network through a substation of the São Francisco Hydroelectric Company (abbreviated in Portuguese as Chesf), two miles away. The thermoelectric power plant operation allowed the state of Ceará to increase its energy production by 90%, switching from an importer to an exporter of energy. 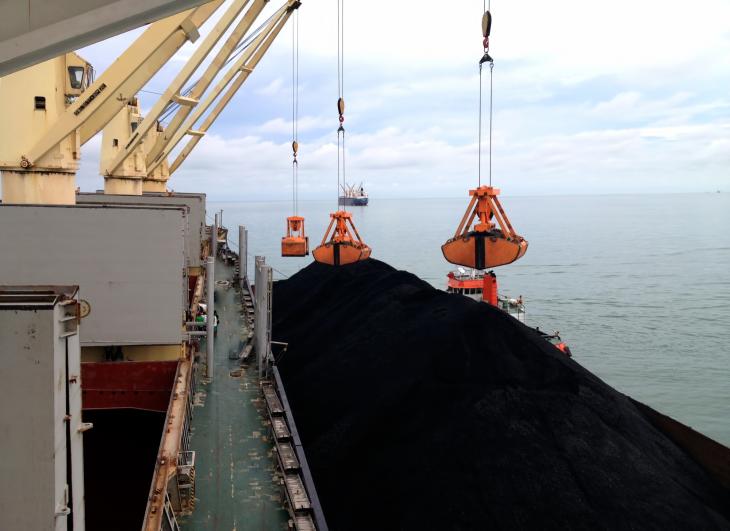 The coal, which is fuel used, is imported from Colombia. After its unloading at Pecém Port, the coal is carried in a closed conveyor, with a tubular shape, with an extension of approximately 12.5 km, from the Port to the Plant.

The conveyor operates at a speed of four meters per second and it has the capacity to transport 2,400 tonnes of coal per hour.

At the plant, coal is stored in a courtyard and receives a series of precautions, avoiding contamination of the water table located in the region.

The coal piles are moistened through a specific process to avoid particles dispersion in the air. All of the courtyard’s floor is always prepared to capture rainwater to avoid soil infiltration. 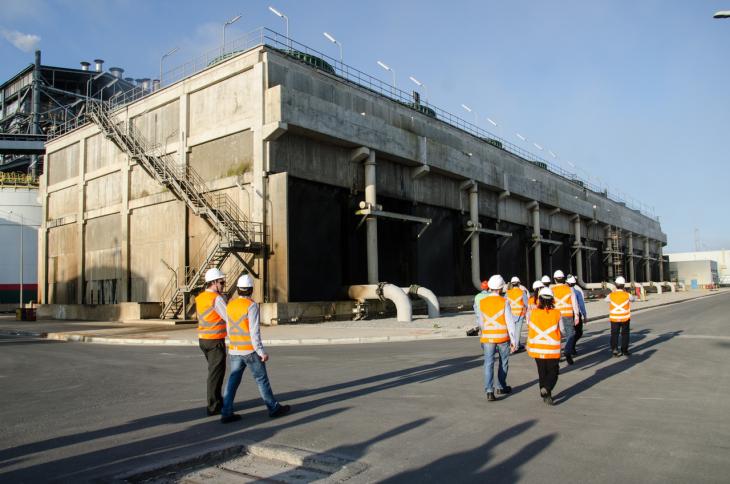 Energia Pecém, an EDP Group’s company, was conceived from a project planned to minimize environmental impacts, besides the use of high technology to make the process cleaner and more efficient.

About 30% of its budget was invested in environmental control equipment, which corresponds to a substantial reduction of waste emissions during the energy production process.

The plant is composed of two boilers or steam generators, in addition to two turbo-generator units - driven by turbines capable of producing 720 MW of electricity.

The fuel used is mineral coal, imported from countries such as Colombia, the United States, China, and Japan.

The coal transportation is done through a conveyor belt, from the Pecém Port to the plant, with an approximate extension of 12.5 km. The belt is completely closed to prevent dispersion of coal dust during its course to the plant’s unloading area.